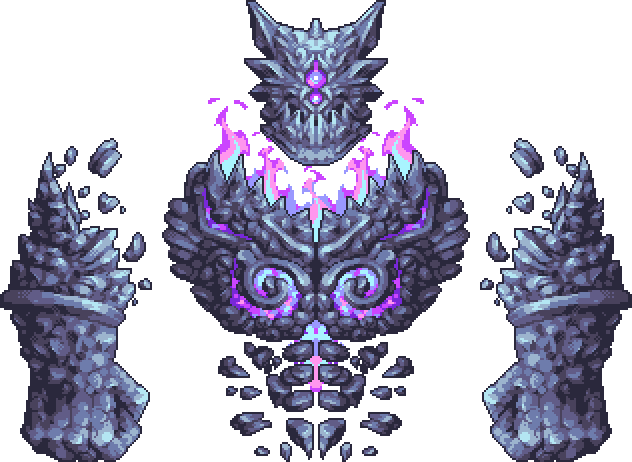 The earth is trembling...

Atlas is a Hardmode boss. It is intended to be fought after Golem, and before the Lunatic Cultist. However, the encounter is entirely optional and does not prevent the player from progressing.

Atlas does not spawn on its own, and requires the player to summon it with the Stone Fist. It can be summoned anywhere, at any time.

Atlas is a relatively slow boss, who lets its arms do most of the physical attacking. Atlas' arms cannot be damaged. Upon being summoned, the sky will immediately turn a fully opaque gray, and a message will appear in the chat: "The earth is trembling". Atlas spawns far above the player, drops down an arm as a surprise, and then floats down to the player's level, beginning the fight. It fires out Prismatic Bolts, among many other projectiles.